Penguins of Madagascar: The Movie

Corporal is a Norwegian polar bear from Penguins of Madagascar: The Movie. He is the muscle for the North Wind. He has a strong passion for penguins, calling them "Cute and Cuddly.

In Penguins of Madagascar, during the pursuit of Dave’s octopi henchman of the penguins Skipper and the others in the narrow streets of Venice, Corporal is first seen electrocuting an octopus with his taser gun after revealing himself from camouflaging as a telephone booth.

In the North Wind 19-million-dollar vehicle, he was shown to have a cute aggression to Skipper’s penguin team and thus; playfully squeezes the penguins in excitement. This has made the spurning Skipper to slap the bear’s muzzle as the irritated penguin tells him to go away. Private, on the other hand, seemly enjoyed the bear hugging them after Agent Classified ordered Corporal to charter a course back to North Wind headquarters. After receiving orders, Corporal sat down to his work station, showed a heart shaped figure formed by his digits at the penguins and shortly went back to work in a serious manner.

During Agent Classified’s inquiry about Dr. Octavius Brine, unbeknownst to Northwind as Dave and was currently identified as a sheep at that time, Corporal was operating on one of the computers. When Dave appeared on their big screen, Corporal announced that Dave has hacked into their system and then witnessing another inefficient video call from the computer-illiterate octopus. After Dave faxed his colored selfie to North Wind’s printer, a serious alert emerged where Eva reported fifteen penguins had been missing in the Berlin Zoo. After hearing the face-paced report, Corporal has shown to have profound apprehension when dreadful things happen to penguins. After Agent Classified and Skipper simultaneously instructed their teams take action, Corporal was ordered to ready the jet. Moments later after reporting, the jet was ready. The aircraft was accidentally blown up by Rico when Agent Classified hit the table with his fist causing Rico to spring up and fall activating the missile which the penguin had just devoured. This has prompted Agent Classified to tranquilize the four penguins to prevent anymore damage. As the penguins were unconscious, Corporal gently put them in a cardboard box while displaying a smile of tenderness. After Agent Classified made certain that the penguins stay out of his mission, Corporal finally closed the box and shipped it by plane to one of their remote safehouses in Madagascar.

Moments after Dave abducting the penguins in the Rio de Janeiro zoo, the North Wind arrived a little late. Eva was able to detect the warm foot prints and declared they just missed Dave. Corporal was seen to have another nervous breakdown when knowing more penguins are being abducted. In this neurotic episode, he was shown to stress eat grabbing a component on their jet’s control panel detaching it and putting it in his mouth. Corporal’s team tried to comfort him. After Agent Classified successfully assuaged the distressed bear by assuring him that they had four penguins safe in Madagascar and telling him they are the North Wind and one breaks the wind, Agent Classified’s attempt failed when Eva reported Skipper and his team never made it to Madagascar. This has caused the bear to be distressed once more.

In Shanghai Marine World, Corporal and his team successfully located Dave in his standard diving dress. Upon arriving, Kowalski captured Dave first by dropping a gigantic skeleton of an aquatic creature of which, its ribs are used to cage Dave. Corporal was ordered to take Dave into custody. After lifting and dropping the skeleton aside, Dave’s standard diving dress deflated of which, Short Fuse believed the Penguins melted the octopus. They eventually perceived Dave has escaped through the pipes.

After Dave successfully captured the mermaid-clad Private in the aquarium, he escaped to his purple submarine and was caging Private and the other kidnapped penguins. Corporal and his team were also pursuing Dave however Skipper and his team hijacked their 19-million-dollar vehicle before they arrived. As ordered by Agent Classified, Corporal was able to hitch a ride by firing a cabled magnetic projectile at the North Wind’s seized jet. Corporal then threw a hi-tech frisbee for Agent Classified to fetch and to use as a trolley or a stopper to hang on the cable. Corporal jumped onto the boat which Eva was thrusting while holding the line as if they were water skiing. A moment later, a sea stack got caught by the cable that Corporal was maintaining. This has caused the cable to wrap around the sea stack thus immobilizing the boat. The jet was still flying at that point until the cable received tension between the sea stack and the jet, the jet stopped flying causing the penguins fall forward the control panel. Skipper’s head fell forward pushing the self-destruct button. Due to their inability to deactivate the countdown, the cockpit windshield opened aiding the penguins to escape by falling down just before the jet exploded. Corporal was able to jump off the boat before the falling jet hits them. The jet exploded once more when it fell onto the boat.

After the incident, Corporal and his team were having a catered, lavish meal on a sumptuous-looking pillared floater with a ceiling fan in it. Corporal offered Short Fuse a dish of fish but the seal declined and proclaimed he was full. Corporal dumped the fish on the ocean immediately as Short Fuse enjoined. After a heated discussion between Skipper and Agent Classified, the wolf addressed the bear’s name twice after hearing beeps on their sonar. Corporal seems to be enjoying his meal and switched to his professional attitude when realizing they are picking up a signal. Corporal reported his analysis that the Brine Submarine stopped at a remote island five kilometers southwest of them.

At night in that very remote island, Skipper’s team and the North Wind decided to share their plans as Eva suggested. Skipper shared his plan first. By the time when Skipper said to strike fast and strike hard, with a bespectacled pineapple representing Dave, Corporal had an uncontrollable urge to act savagely (this is probably due to Dave kidnapping penguins which triggers his extreme reactions about penguins) and crushed the dummy pineapple with his fist. After the penguins have finished their plan, Agent Classified to share theirs in turn. Corporal was ordered to dim the lights but he put the fire out with his palm. After the part where Short Fuse is to breach the hull with a swarm of self-guided underwater nano-charges in Agent Classified’s plan, Corporal seemed to be very playful with knock-knock jokes. After Agent Classified’s presentation, Corporal applauded and complimented the wolf, “Nicely done!”.

Upon infiltrating Dave on bridge, the hapless North Wind was neutralized by an unforeseen ambush of octopi. After Skipper and his team had eventually been captured, Corporal was seen again hand-cuffed and his head and neck caged (probably due to lack of cages which properly fit him). After Dave finished testing his cuteness-disfiguring weapon, Corporal and his team was sent to another chamber to have them all executed. Before the North Wind gets into the torture contraption, Private successfully knocked out the operating octopus and pushed the button to stop and reverse the machine. Corporal praised Private for his work. Agent Classified also praised Private’s button pushing after he left a paw mark on Corporal’s belly and rubbed it out after seeing it. As the North Wind decided to go back to their headquarters, Private reminded them that Skipper and his two teammates are in danger. Agent Classified maintained that they are just regrouping and assured once they got back to the headquarters and grab some fresh equipment, they will come speeding back and take down Dave. With all Private’s insistence to let the North Wind help Skipper and the rest of his team immediately, the North Wind was determined to retreat thus leaving Private on his mission alone.

In New York, the North Wind returned in an ice cream truck. Corporal was seen licking an ice cream as Agent Classified drives the vehicle towards the ramped opening of Dave’s submarine. Before the ice cream truck entered the submarine, the four jumped out the vehicle’s back door. Once it entered, the truck detonated the Brine Submarine. Shortly after while the North Wind were strutting away from the exploding submarine, they got sucked in by a vacuum pest control vehicle. After Skipper managed to press the button by shooting a Cheezy dibble, this caused the ray to fire at every disfigured penguin as Dave sits on the spherical top loads of the weapon. Private was still inside the weapon after every penguin turned cute again. After Private turned into an egg due to the reverse effects of the machine, Corporal broke the glass protecting the system by punching it. Corporal placed the egg gently on the ground. Skipper and his team thought Private was gone but moments later, the egg hatched and everyone witnessed the disfigured Private. In Corporal’s last appearance, he was behind Agent Classified as the wolf admitted that Skipper and his team are the bravest agents he has ever known. He had probably also seen Kowalski and Eva kiss. 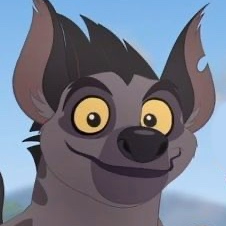 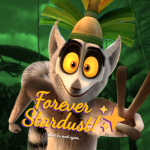