View source
watch 03:36
Wiki Targeted (Entertainment)
Do you like this video?
Play Sound 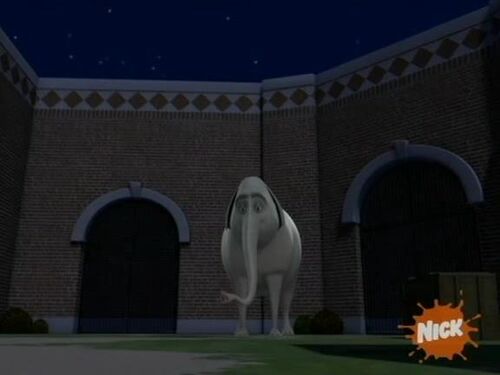 The Large Elephant Habitat is where Burt resides. It is located in the SOUTH EAST corner of the zoo. It features bales of hay the penguins use as a deycoy when he escapes from the zoo, and on one wall there is a large board featuring his obsession with a child named 'Kid Kazoo'. In "A Christmas Caper", it is shown that there are two elephants in the habitat (almost surely Burt and his mate, as they were kissing), although the second elephant is nowhere to be seen in the TV series.