Update on the Administration

The Madagascar Wiki went under a new administration in 2017 with the election of user Brendan Boman and AnnasElephants as the new bureaucrats of the Wiki. Much time has passed ever since, and the website and community has evolved into a different place with a fresh and different atmosphere. However, such also brings forth many changes to many core elements.

The Penguins of Madagascar Characters

>>>join our partnership program
>>>affiliate with us 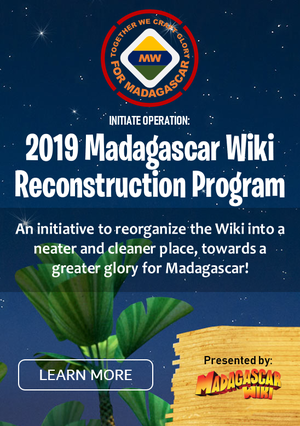