Madagascar Wiki
Register
Don't have an account?
Sign In
Advertisement
in: The Penguins of Madagascar, Nickelodeon, TV Series,
and 2 more

For the movie, see Penguins of Madagascar.

The Penguins of Madagascar was an American TV show based on the Madagascar movies. The show follows the adventures of the penguins from the movie chain (Skipper, Kowalski, Rico, and Private) as well as lemurs (King Julien, Maurice, Mort), and the chimps (Phil and Mason).

The show is set in the Central Park Zoo. The show first aired as a "sneak peek" on November 28, 2008 and ended on December 19, 2013. However, the show aired reruns on Nicktoons until February 3, 2017. The show was also made available on Paramount+ in certain countries.

The Penguins of Madagascar is a spin-off of the "Madagascar" films, even though it occasionally makes a few references to them. The series follows the adventures of four penguins: Skipper, Kowalski, Private, and Rico, who perform various paramilitary missions to protect their home in the Central Park Zoo. The penguins often have to deal with problems caused or made worse by the lemurs King Julien XIII, Maurice, and Mort.

The series was released 21 days after the second movie. DreamWorks Animation CEO Jeffrey Katzenberg has stated that "there is at least one more chapter. We ultimately want to see the characters make it back to New York."

Taken from The Penguins of Madagascar HQ!

"The Penguins of Madagascar" is an animated show currently airing on the Nickelodeon network. The series is based on the military-esque adventures of 4 penguins living in the Central Park Zoo in New York. The penguins had their first appearance in the movies "Madagascar" in 2005 where they were part of a subplot to try to make it back to their homeland of Antarctica by hijacking a ship. They find Antarctica too cold and eventually end up on the warm island of Madagascar. "Madagascar: Escape 2 Africa" was the 2008 sequel to "Madagascar" and once again featured the penguins antics as they tried to reconstruct an old airplane in order to leave Africa.

The penguins had their first separate adventure in an animated short called "The Madagascar Penguins in a Christmas Caper" which aired in theaters on October 7, 2005 with the stop-motion film, "Wallace & Gromit: The Curse of the Were-Rabbit". This short was included on later editions of of the "Madagascar" and "Shrek" DVDs which were both released on November 15, 2005. This was also the unofficial pilot episode of the TV show.

It was decided in 2006 that there should be a Nicktoon based on the "Madagascar" movie. No details about anything having to do with the show or its characters were confirmed until November 2007, when Nickelodeon advertised a sneak peak of three new shows that were coming to Nickelodeon for the 2008 year.

Due to a delay of the release of the movie "Madagascar: Escape 2 Africa" to November 7, 2008, the Nickelodeon show was also delayed. Season one was confirmed for 26 episodes and in January 2009, even before the shows actual television premier, a second season was confirmed for another 26 episodes, bringing the total to 52.On February 6, 2009, the double DVD Pack of "Madagascar: Escape 2 Africa" was released and came with a preview DVD of the show, featuring the episodes “Popcorn Panic” and “Gone in a Flash". The "Popcorn Panic" episode was shown in many other countries around the world before airing on Nickelodeon on May 9, 2009.

On November 28, 2008, the first two episodes, "Popcorn Panic" and "Gone in a Flash" aired as part of a "Super Stuffed Nicktoons Weekend" along with two other contenders for new shows, "The Mighty B!" and "Making Fiends". They aired right before 7 brand new episodes of the sixth season of "SpongeBob Squarepants".

The actual series premier happened on March 28, 2009 with the episodes "Launchtime" and "Haunted Habitat". The premier occurred right after the Nickelodeon 2009 Kids' Choice Awards and drew 6.1 million viewers making it Nickelodeon's most watched series premier of all time.

Each half hour show consists of two 11 minute episodes and are not permanently paired, meaning the two episodes shown together in the half-hour time slot might not be the same pair as a future airing of the show. The show is co-produced by DreamWorks Animation and Nickelodeon Animation Studios (both in California), and the animation is done by DK Ent. and Paprikaas studios in India. For voice casting, the series used many original voice actors from the "Madagascar" movies. However, a few of the original movie voice talents were not able to do work for the show due to other involvements so other actors had to be found. The final cast ended up being perfect and unless noted, one cannot tell the difference between the film and show voices!

There are other small differences between the movies and the show such as the zoo grounds/habitats and certain features of some the animals. The 4 penguins were given different silhouettes than their movie counterparts in order to better tell them apart. Many new animals now live at the zoo as well, most likely in order to form new stories for episodes around.

The actual show revolves around the adventures of the 4 penguins, Skipper, Kowalski, Private and Rico as they try to get by on a daily basis and protect their habitat at the Central Park Zoo. Everything they do is treated as a strategic military style commando/spy mission and each team member plays a certain role in the group. They are often harassed by a trio of lemurs from Madagascar, King Julien, Maurice and Mort. The events of the series are supposedly set after "Madagascar: Escape 2 Africa" but it is unknown as to how the penguins and lemurs arrived at the zoo without the other characters from the Madagascar movies. The show started production before an ending to "Madagascar: Escape 2 Africa" had been established. Rumor has it that Tom McGrath (creator of the show and voice of Skipper) said "It's not specifically before or after the movie, I just wanted them all back at the zoo. I think of it as taking place in a parallel universe." Despite the fact that he says the show isn’t specifically right after the first Madagascar movie, but took place sometime after the movie, Many People misread his statement, and believed it was set in a own alternate universe By using his end quote "I think of it as taking place in a parallel universe". (even though Tom McGrath stated he thinks of them as like they’re in a different universe, not it’s in a different universe.), this will later be confirmed to be in the same universe as the films, with episodes such as "The All Nighter Before Christmas", and "The Return of the Revenge of Dr Blowhole". When A third installment of the movie series was confirmed fans of the show thought the third movie would hopefully complete the missing storyline segments! This would later be false, as the Penguins, Skipper, Kowalski, Rico, And Private. The Chimps, Mason and Phil. And the lemurs, King Julien, Maurice, And Mort. Joined a circus At the end of Madagascar 3. Though it is most likely that the show takes place after "Penguins of Madagascar the movie" as it makes sense as the penguins have left the circus and most likely the lemurs and chimps came back with them, so this is most likely when the show takes place.

Many elements of the show also got adapted into the lore of "Madagascar" with Mort being obsessed with king Julien's feet first being introduced in the show as well as the penguins redesigns being adapted for their spinoff movie. Even though the show might not be considered by fans to be fully canon many elements of it have been made canon so one can assume that the show is considered full canon by DreamWorks.

After the Installment of Madagascar 3: Europe Most wanted, fans of the show thought the third movie would hopefully complete the missing storyline segments! This would later be false, as the Penguins, Skipper, Kowalski, Rico, And Private. The Chimps, Mason and Phil. And the lemurs, King Julien, Maurice, And Mort. Joined a circus At the end of Madagascar 3. Though it is most likely that the show takes place after "Penguins of Madagascar the movie" as it makes sense as the penguins have left the circus and most likely the lemurs and chimps came back with them, so this is most likely when the show takes place.

The Show takes place in the Central Park Zoo where the Penguins, The Lemurs and Chimps returned. The Penguins chose to live in to zoo to have a safe place to start a secret organization to stop their enemies and have different adventures but King Julien, Maurice, and Mort Comes with them under Julien's Command since he also wants to be King of New York. They stopped crimes, and made enemies on the way, including a evil one-eyed dolphin named, Dr. Blowhole, a Danish Puffin named Hans. and more. 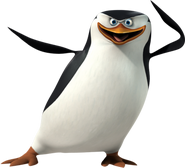 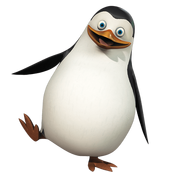 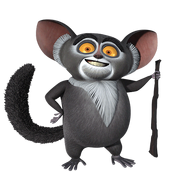 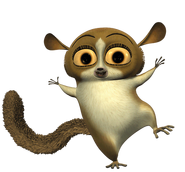 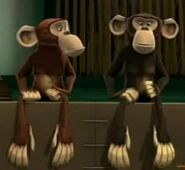 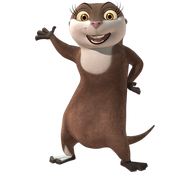 Mary McNamara of the Los Angeles Times gave The Penguins of Madagascar a favorable review. She said that the show had strong comedic timing and action scenes, saying that it recalled both Wile E. Coyote cartoons and 1940s gangster movies. Tim Goodman's review in the San Francisco Chronicle is also favorable. He said that he considered the penguins and Julien as having the most comedic potential from the movies, with his review focusing on the voice actors' comedic timing, and said that the show also contained several jokes which would make it appealing to adults.

Brian Lowry of Variety described the show as "loud, exuberant and colorful" and praised its animation quality, but he did not think that it was funny and said that the show seemed more like a "merchandising bonanza".