Where there is life, there is art. That is also the case in groups such as the Madagascar fandom, where there exists a world of art filled with many talented artists who produce amazing and wonderful arts for the fandom. But there's one artist that stands out amongst the many gifted people, catching the attention of many people including non-fans.

Meet JungleTheDrox, or simply known by many in the fandom as Jungle, one of Madagascar's most senior fan and artist who is still actively producing Madagascar fanarts to this date. Her near-realistic traditional arts have grabbed the attention of many people among the community of fans, as she is considered as one of the fandom's greatest artists of all time, constantly creating many pencil drawings and paintings which leaves the jaws of the fans hanging. We feel really lucky to be able to get into contact with her for our interview this month.

Growing up with the passion in art, Jungle had been producing fanarts right about after the first movie in the franchise was released in 2005.

"I’ve been drawing since I was a kid, I'm not sure exactly when I started drawing. And I began drawing Madagascar fanarts probably a year after it came out on DVD, that is some time in 2006. I got interested in the movie due to the lemurs for sure, especially Julien and Maurice. And then I began drawing just because I wanted to draw them." 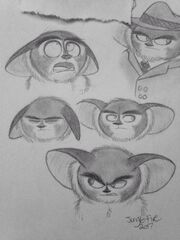 Being a fan of the lemurs, she is also one of the core members of the All Hail King Julien fandom since the start, contibuting to the fandom since its start and being one of the main people who ran the community on Tumblr back during its days of glory. This is one of the many reasons why she is considered by many as one of the greatest artists to ever exist in the fandom, and we asked her what she felt about it.

"Knowing that makes me feel really good, and it also motivates me to draw more." 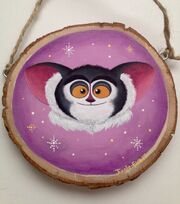 It's not an art world if it's just one person, so we asked her to name some other artists in the fandom in which she considers to be the best among the many.

"There are a lot, among the notable ones are Jib (@candyypirate on Twitter), Nate (@C00KIEPEARL on Twitter), Kasia (@istnyjulian on Tumblr / @KasiaPOL on DeviantArt), Maggy (@Maggy11158422 on Twitter / @foreverjover on Tumblr), Jacob (@epicpoolparty on Twitter), Judit (@juditsa88 on Tumblr), Willy (@pyroguin on Tumblr), and Elle (@lemurblog on Tumblr). They're all really great, and I wish I could talk to them although I'm not really good with words."

We also asked what is her hopes for the future of the fandom.

"I hope that the fandom would keep on with what they're doing (producing fan-made content and keeping it lively), and hopefully more people will join our fandom in the future."

You can find out more about JungleTheDrox on her Twitter account (@JungleTheDrox ), as well as her Madagascar Tumblr blog where she posts many contents related to Madagascar.
Retrieved from "https://madagascar.fandom.com/wiki/User_blog:Brendan_Boman/Madagascar_Wiki_Interviews_-_002_-_The_Art_World_of_Madagascar?oldid=112896"
Community content is available under CC-BY-SA unless otherwise noted.